The most startup-friendly cities in the United States 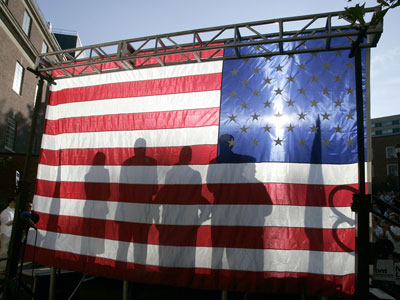 Choice the right place to set up your idea is a critical first step if you're hoping to start your own business. So if you are thinking to start your business project in the United States must take into account many considerations, and choose the place carefully depending on the type of business and your expectations. Here are some suggestions of cities with better opportunities to transform your idea into a successful business.

The suggestions are based on concepts such as places with low living costs, specifically for self-employed people, as measured by the Council for Community and Economic Research; metropolitan areas with high concentrations of small businesses; and areas that tend to receive a lot of start-up investment dollars and offer low business costs.

We tend to immediately think of cities like New York or Los Angeles, but the truth is that other metropolitan centers across the United States offer a best friendly and familiar platform and easy access for entrepreneurs and new companies. These are some of the recommendations:

Some of the advantages are that this city offers a burgeoning start-up scene with an exceptionally low price tag, the cost of living for the self-employed is the second-lowest in the country and the average office rents are one of the cheapest.

-- Resources for entrepreneurs and startups: Verge and Indy Made.

Some start-up success stories, including Twitter, Craigslist and Pandora, were spun here and also hordes of investors are rushing to the city, where you will find dozens of business incubators and other co-working spaces.

-- Resources for entrepreneurs and startups: The Startup Genome project.

Despite its more than 4 million people Atlanta offers small-city living costs, its business costs are 3.8% below the national average, and its near 57 colleges and universities offers an interesting niche of young skilled workers.

The area is well-known for its innovative industry leaders such as Amazon and Microsoft. There are some importants resources and iniciatives as the $1 billion worth of research funding into the community by University of Washington or the program Microsoft BizSpark.